From racing in karts from the age of 9, Jordan started 2015, competing in F1000 in WA where he currently holds the track lap record at Barbagallo Raceway.

Jordan raced 4 rounds of Formula 4 in Australia at V8 SuperCar circuits and was awarded rookie of the round at Sandown International Raceway in Victoria.

Jordan competed in both the Super Six and Asia Cup Championships in Malaysia and was awarded Asia Champion for 2015 having won 14 out of the 15 races. 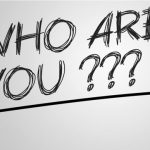 3 Reasons You Need Good Branding for Your Business